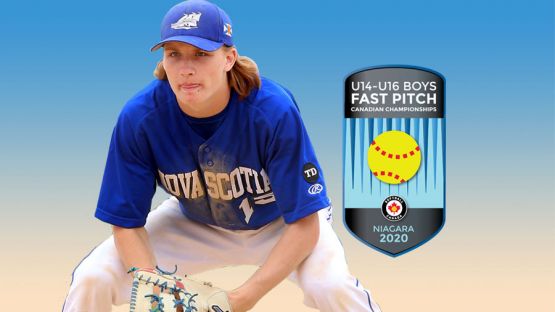 Under 14 athletes compete for the title of National Champions

2020 U14 Boys Canadian Championship comes to Grimsby and Lincoln

The U14 & U16 Boys Canadian Fast Pitch Championships are two of 10 tournaments, presented annually by Softball Canada, that take place in various locations across the country. This year’s U14 and U16 Boys’ competitions will take place at Southward Park in Grimsby, Ont., and at Jordan Lions Park in Lincoln, Ont., from August 5th to 9th, 2020.

Each Championship typically features 8 to 14 teams from across the country and can often represent the pinnacle of many athletes' careers, as they compete for the title of national champion.

Fast pitch (also known as Fastball or Fast-pitch softball) is considered the most competitive form of softball. Pitchers in fast-pitch softball usually throw the ball using a "windmill" type of movement at speeds of up to 120km/h for women and up to 140km/h for men. The pitching mound is closer than in hardball which makes hitting more difficult. Games are seven innings in length.