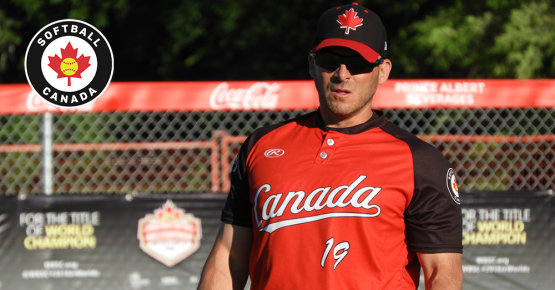 Ottawa, Ont. – Softball Canada is pleased to announce that Jeff Ellsworth (St. Lawrence, P.E.I.) has been reappointed as the Head Coach of the Junior Men’s National Team for the 2019-2020 cycle. Ellsworth took over as the team’s Head Coach shortly before the beginning of the 2016 World Baseball Softball Confederation (WBSC) Junior Men’s World Championship and led the team to a Bronze medal, and recently guided the team to a fourth-place finish at the 2018 event in Prince Albert, Sask.

“Jeff has done an outstanding job with our Junior Men’s National Team since taking over the program in 2016” stated Mike Branchaud, Softball Canada’s Manager – Men’s National Teams. “His emphasis on training and developing young athletes have brought the program to new heights in terms of team preparation and cohesion. We believe his passion and love for the game will rub off on our athletes and will help lead Canada to a strong performance at the 2020 WBSC Junior Men’s Softball World Cup.”

Ellsworth competed with the Canadian Men’s National Team from 2006 to 2015 and will return to the diamond to represent Canada at the 2019 WBSC Men’s Softball World Championship in the Czech Republic. His playing career highlights with Team Canada include Gold medals at both the 2015 WBSC World Championship and the 2015 Pan American Games, as well as a Bronze medal at the 2009 WBSC World Championship. Over the past several years, his passion has turned towards coaching, serving as Head Coach of the Prince Edward Island Women’s Softball Team at the 2009 and 2017 Canada Summer Games and the Junior Men’s National Team.

“I would like to thank Softball Canada for giving me the opportunity to continue to lead the Junior Men’s National Team program” said Jeff Ellsworth. “Representing Canada at the international level is a truly remarkable honour. I look forward to continuing to work with young athletes to improve their skills and grow the game across the country.”