On this date 50 years ago, the Richmond Hill Dynes Jewellers represented Canada at the WBSC Men’s Softball World Cup and defeated the United States in a 1-0 thriller to win the gold medal in Manila, Philippines. This was Canada’s first WBSC medal in the World Cup’s infancy after the event was first played in 1966.

The team was inducted to the Softball Canada Hall of Fame in 1989. 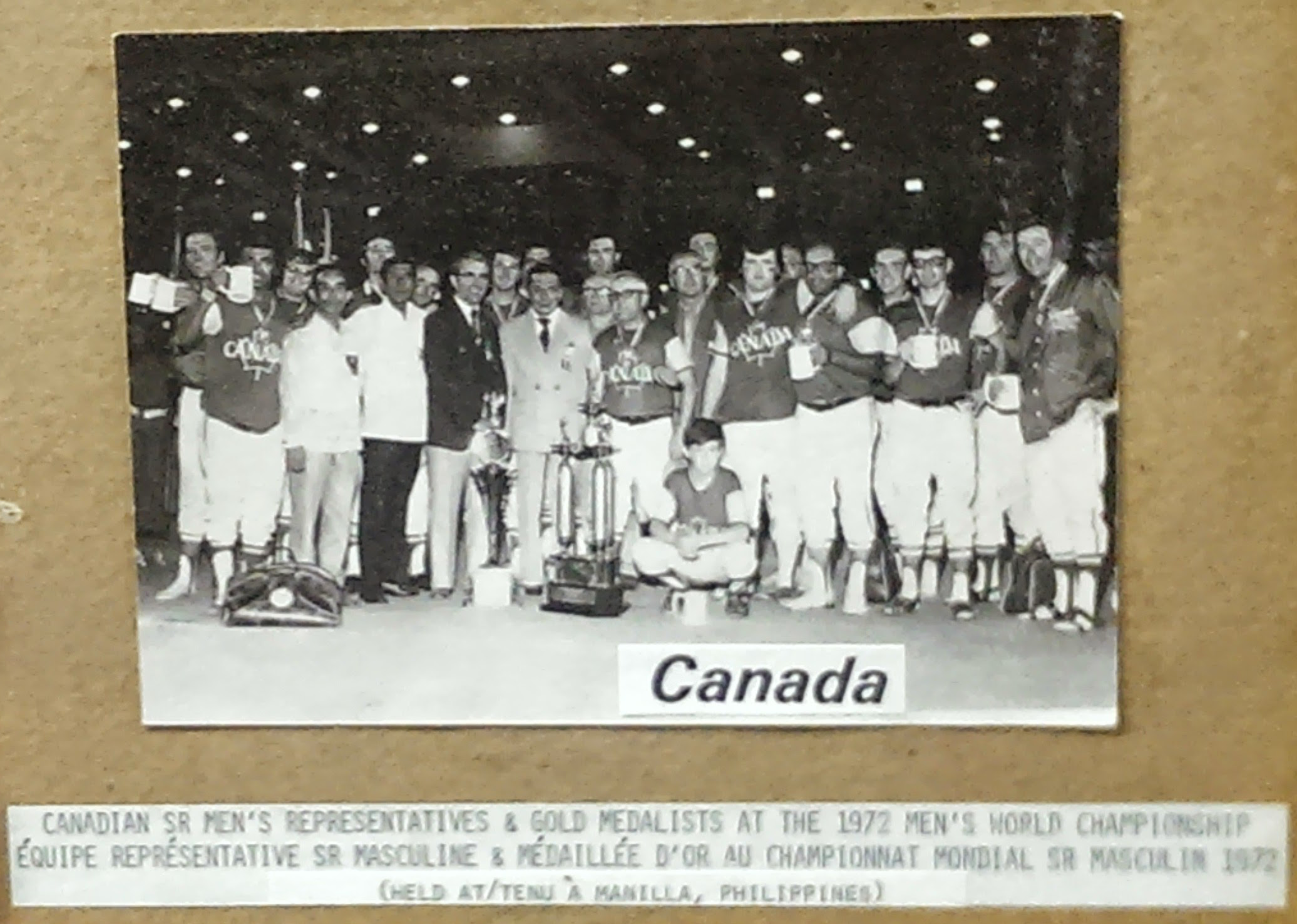 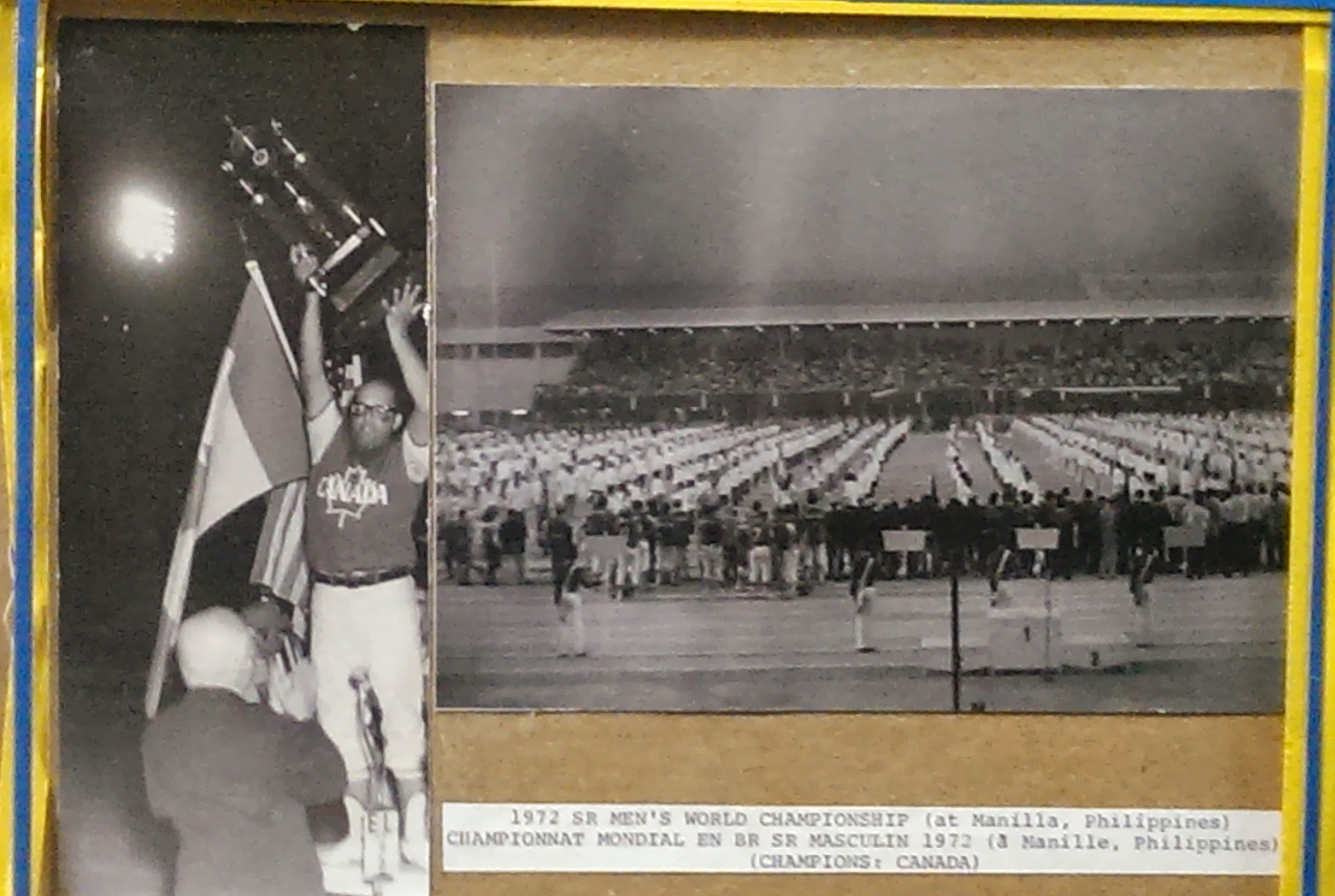 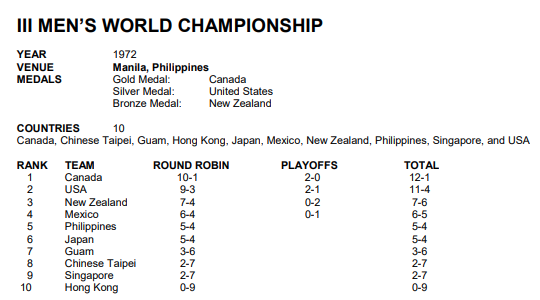 Canada’s next gold medal came exactly 20 years later to the day at the 1992 WBSC Men’s Softball World Cup – coincidentally also in Manila – by defeating New Zealand in the gold medal game. The Canadian squad went undefeated for the tournament, going 8-0 in the round robin and then 2-0 in the playoff round with wins against the United States and New Zealand to reclaim the World title.

The Canadian team had a flair for the dramatics as evidenced by the Gold medal game against New Zealand team. Canada erased a 3-0 deficit when Jody Hennigar delivered a pinch-hit three-run homerun to tie the game in the top of the fifth, and Mark Smith hit a game-winning two-run double in the top of the eighth inning before the international tie-breaker rule was established.

The team was inducted to the Softball Canada Hall of Fame for their 25th anniversary in 2017. 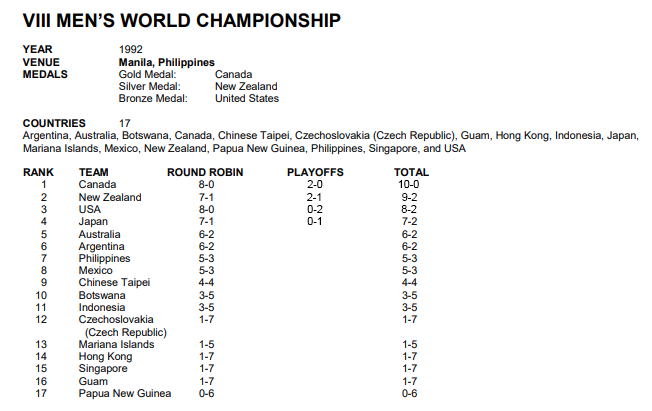