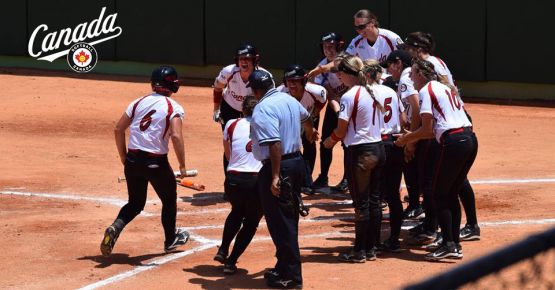 Ottawa, Ont. – The Canadian Women’s National Softball Team will hold a Selection Camp from January 3-9, 2018 in Fort Myers, Fla. with thirty (30) players from the Women’s National Team Athlete Pool competing for a spot on the 2018 roster. Team Canada has a busy schedule in 2018 as they prepare for the WBSC Women’s Softball World Championship that will take place August 2-12 in Chiba, Japan.

Following the Selection Camp, the coaching staff will select a group of athletes to compete for Team Canada at various events during the upcoming season, including the World Cup of Softball in Irvine, Calif. and the Canada Cup in Surrey, B.C.

The athletes who will be attending the Women’s National Team Selection Camp from January 3-9, 2018 in Fort Myers, Fla. are: