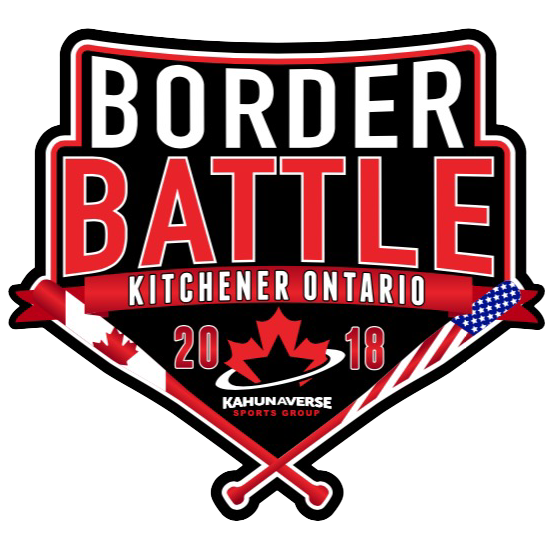 Kitchener, Ont. – A year after Team Canada took a pair of wins on their turf, the United States took both Slo-Pitch Border Battle games Sunday on Canadian soil, as the Women’s team defeated Team Canada 14-5 while the Men earned a 30-13 win. In the Women’s game, Team USA built up a 10-0 lead by keeping the Canadians off the scoreboard through the first three innings on route to the win, while the United States Men’s team broke a close ball game open with a 20 run fifth inning.

Team USA set the tone for the Women’s game early when the first batter of the game hit a solo homerun to left and added a run the following inning with a run-scoring single. In the third, the United States increased their lead to 5-0 with a pair of RBI singles and a sacrifice fly, while the Canadians put two runners on base in each of the first and second innings and one more in the third but was unable to push anyone in to score. The Americans doubled their lead with a five-run fourth inning on a two-run single and a bases loaded double to take a commanding 10-0 lead. Team Canada got on the board in the bottom of the inning when Ericka Burns (West Lorne, Ont.) led off with a double later followed by a walk before Tina Gulbrandsen (Langley, B.C.) hit a run-scoring single to center followed by a sacrifice fly by Lenny Stoddart (Bolton, Ont.).

In the fifth, the United States got those two runs back with a two-run double, with Canada scoring one when Ashley Klunder (Brantford, Ont.) led off with a double and later scored on a single by Jacqueline O’Quinn (Toronto, Ont.) to make the score 12-3. The United States put up two more runs with a pair of doubles and a Canadian error in the sixth, while Team Canada attempted to come back in the bottom of the seventh when Tina Gulbrandsen led off with a single and scored on a triple by her sister Tonya Gulbrandsen (Langley, B.C.) who then crossed the plate to score on a ground out. However, that was as close as Canada would get.

Michelle Lorenz (Toronto, Ont.) took the loss in the pitcher’s circle by allowing 14 runs (11 earned) on 15 hits. Tina Gulbrandsen paced Canada at the plate by going 3-for-3 with a double and a run batted in, with O’Quinn going 2-for-2 with an RBI. Tonya Gulbrandsen triples in a run while Burns and Klunder each doubled.

The Men’s game also started off with a bang as the Americans opened up with a leadoff homerun and later added a pair of run-scoring singles to take a 3-0 lead in the top of the first. Team Canada responded with a two-run homerun by Steele Lewis (Windsor, Ont.) in the bottom of the frame, only to see Team USA tack on seven runs on a three-run shot and a grand slam to build a 10-2 lead. Canada chipped away with a three-run bomb by Ron Nadalin (Woodstock, Ont.) and added a solo blast by Jeff Zanolli (Taber, Alta.) and a two-run homerun by Jeff Andrews (St. Albert, Alta.) the following inning after sitting the Americans down in order in the top of the inning. The red and white held Team USA down again in the fourth and tied the game on a two-run shot by Dustin McLoughlin (Maple Ridge, B.C.) and took its first lead with a solo blast by Rick Wagner. However, Team USA’s bats woke up in the fifth as their first ten batters registered hits and they took advantage of two Canadian errors and six homeruns two push 20 runs in to score. Canada got a two-run homerun by Curtis Neabel (Woodstock, Ont.) in the bottom of the inning but it wasn’t enough to extend the game as Canada lost 30-13 in five innings on the run rule.

Chris Parr (Chilliwack, B.C.) was tagged with the loss by allowing 28 runs (25 earned) on 28 hits. At the plate, Lewis and Neabel each went 3-for-3 with a homerun, with Zanolli, Andrews and Nadalin each registering two hits including a homerun.
Share: