Known for it's excellent Diamonds and top level grooming, Peter Hallman Ball Yard has been the host venue for the ISC Men's World Championships multiple times and will host the 75th anniversary ISC .

It's named in Honour of Peter Hallman.  Peter was a tremendous Community Builder who also had a huge passion for Fastball.  Here's some background on his life from when he was posthumously honoured at the Mayor's Dinner for outstanding contributions to our Community :

Peter Hallman died tragically at age 48 in a motorcycle accident in north eastern Ontario on June 22, 1999.

In 1999 alone, Hallman was chair of the K-W Community Foundation and the Centre for Family Business; he served as director, coach and organizer for the Breslau Recreation Association; he was an auditor, building committee member and youth worker at Breslau Mennonite Church. Peter Hallman was married to Brenda Snyder for 25 years and together raised five children, Mark, Greg, Brent, Nadine and Yves.

Peter Hallman was president of Hallman Eldercare, which operates three retirement homes in Waterloo Region and was also the operating officer of the Hallman Group of Companies, involved in apartment construction and land development.

The Mayor’s Dinner Committee’s choice of Peter Hallman as guest of honour was made with the recognition that, despite Peter’s short life, he grew into the role of a community leader based on integrity and a commitment to strengthen community organizations. The story of how Peter grew into a position of immense respect can be told on several levels.

Peter’s story is that of a well- grounded Mennonite family that has transferred an honest community ethic down through several generations. It is the story of a young man who constantly took the initiative to become fully involved in community It is also about a young man who attempted to influence and enjoy the spirit of youth through sports activities.

Peter is honoured as one of our area's builders and supporters of Fastball on the Angels In The Outfield Monument which you will see as you enter the Ball Yard. 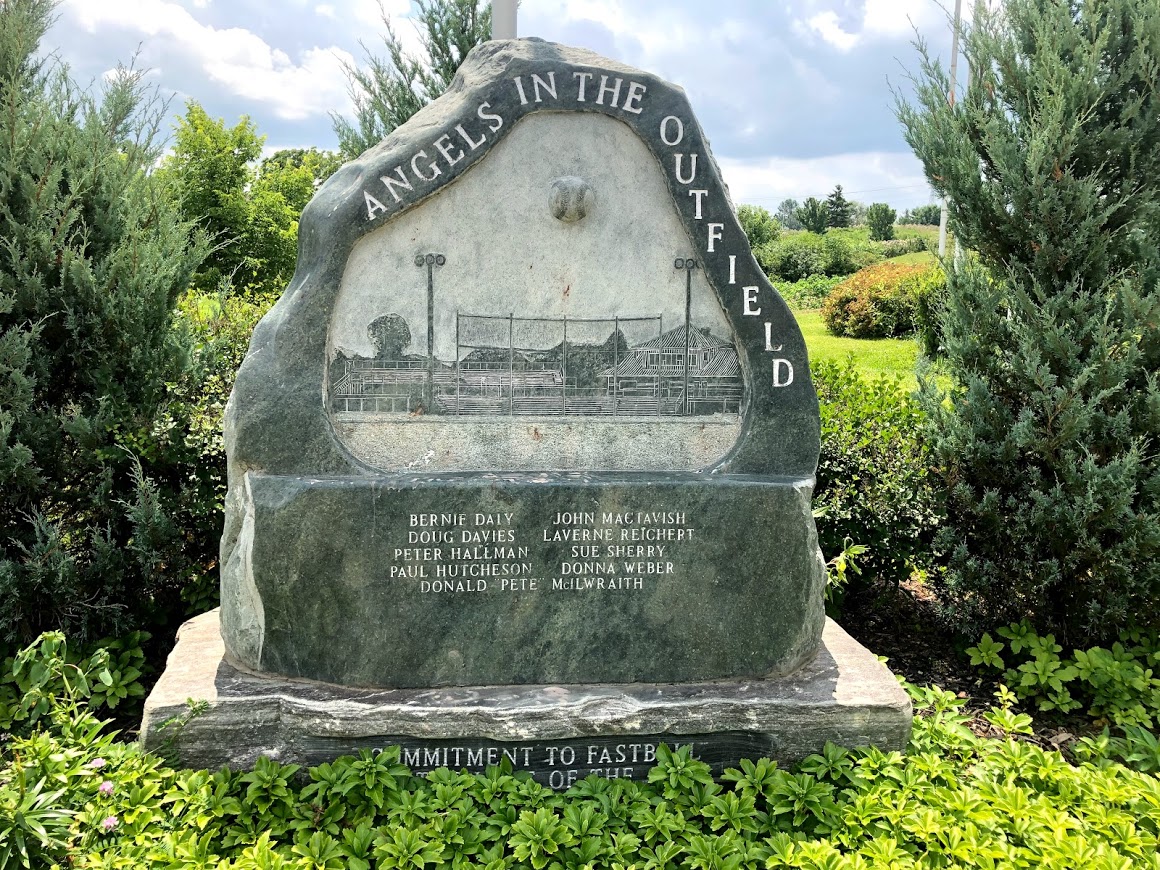