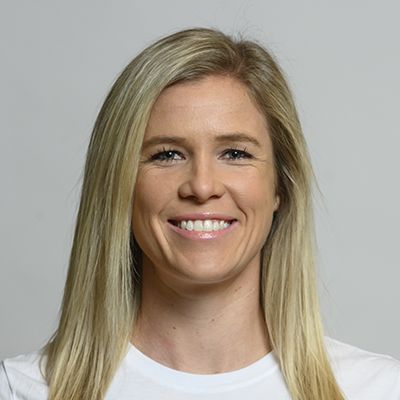 Born in Toronto and raised in Mountain View, California, Victoria Hayward has been part of the Canadian Women’s National Softball Team since 2009. With her debut at the age of 16, she became the youngest player ever to join the Women's National Team. Since then she has been a mainstay in the outfield for Team Canada, while competing in multiple international events including five WBSC World Championships (2010, 2012, 2014, 2016, 2018), two Pan American Games (2011 and 2019) and the WBSC Junior Women's World Championship in 2011. She earned Bronze medals for Canada at the 2010, 2016 and 2018 World Championships. At the Pan American Games, she took home Silver at the 2011 event and was named to the Toronto 2015 team but was unable to compete due to a knee injury. She went on to compete at the 2019 Pan American Games and earned another Silver medal,  hitting .353 and stealing 2 bases. At the 2019 WBSC Americas Qualifier, she led the tournament in hits (10) and stolen bases (7), hitting .556 and driving in 7 runs to help Canada qualify for the Tokyo 2020 Olympic Games.

In 2014, Hayward was drafted 19th overall in the National Pro Fastpitch (NPF) Draft by the Pennsylvania Rebellion, and played two seasons with the Rebellion in 2015 and 2016. She returned to compete in the NPF with the Canadian Wild of Southern Illinois in 2019, leading the team with 46 hits and a .357 batting average on her way to an All-NPF Team selection. Hayward was also named Softball Canada's Home Run Sports Female Fast Pitch Athlete of the Year in 2019.

What Minor Softball Association did you grow up playing in? I played for the Bobby Sox while growing up in California.
What’s your favourite food? Chicken nachos
What’s your favourite book? The Subtle Art of not Giving a F*** by Mark Manson
Favourite TV show? The Office
What’s your pre-game ritual? Listening to music
What’s your favourite place that softball has taken you? Cape Town, South Africa for the Junior Women’s World Championship in 2011
What are your future aspirations? I want to be the head coach of a Division 1 college softball program
If you could spend an hour with anyone in the world, living or dead, who would it be? Lindsey Vonn