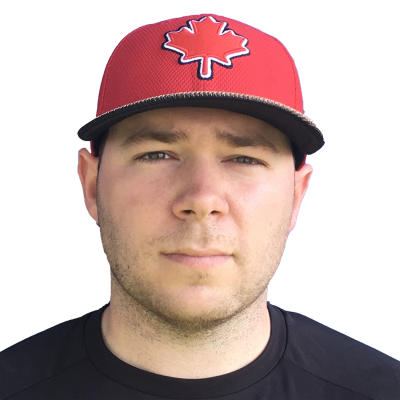 Younger brother of his teammate Ryan, Shane Boland represented Canada at the 2008 WBSC Junior Men's Softball World Championship in Whitehorse, earning a Silver medal after a 2-1 extra-inning loss in the Gold medal game. He won Gold at a pair of U21/U23 Men's Canadian Championships with the Kelly's Pub Canadians and six others at the Men's level with Three Cheers Pub / Galway Hitmen. He has won numerous Canadian Championship awards in various age categories, including two Top Batter, one Most Valuable Player of the Qualifying Round and one Top Player of the Championship Round in addition to making four tournament All-Star teams.

Boland was added to the Men's National Team Athlete Pool in 2013 and joined the team for the first time in 2017, competing in the WBSC Men's World Championship once again held in Whitehorse. He hit .389 with a homerun and five runs batted in, helping Canada to a Bronze medal finish.

A police officer by profession, he likes to workout at the gym, play hockey, relax and watch the game with friends in his spare time. Shane believes in working hard, striving to reach your goals, being driven and never giving up. His goal is to become a WBSC World Champion.