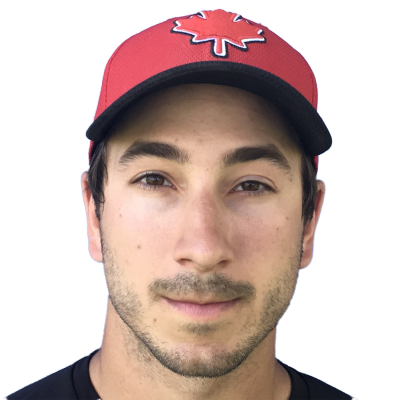 Roy joined the Men's National Team in 2011 and has played in three WBSC Men's Softball World Championships, winning Gold in 2015 and Bronze in 2017. He has been an offensive catalyst at the top of Team Canada's order, hitting .405 with 30 hits and 27 runs scored in his three World Championship appearances. Roy has also played in two WBSC Americas Qualifiers, winning Gold in 2012 and Bronze in 2014, and added a Gold medal at the 2015 Pan American Games.

Mathieu aspires to win as many World Championships as possible. In his spare time, he likes to go to the movies, attend comedy shows, and play hockey, ping-pong and tennis.