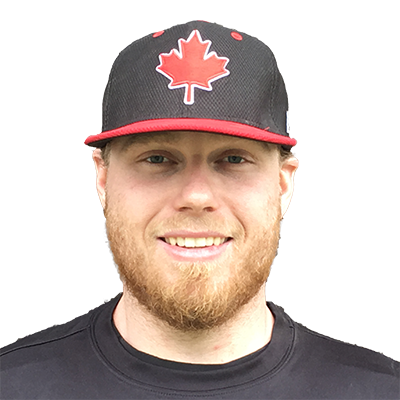 Kyle Ezekiel was added to the Men's National Team Athlete Pool in 2016 and wore the Team Canada jersey for the first time at the 2017 WBSC Americas Qualifier, hitting .308 with a homerun, three doubles and seven runs batted in through 10 games of action. A three-time Men's Canadian Champion with Three Cheers Pub / Galway Hitmen, Ezekiel was named to the Men's Canadian Championship All-Star team in 2013 and 2016. He was also an All-Star at the U19 Men's category in 2008, when his team won bronze.

Kyle was named Most Valuable Player of the St. Johns Senior Softball League in 2016. He believes in playing the game smart, hard, and listening to your teammates. He loves being a role model to younger kids in the game and takes every opportunity to help them develop their skills. In his spare time he likes to go to the gym and play basketball.