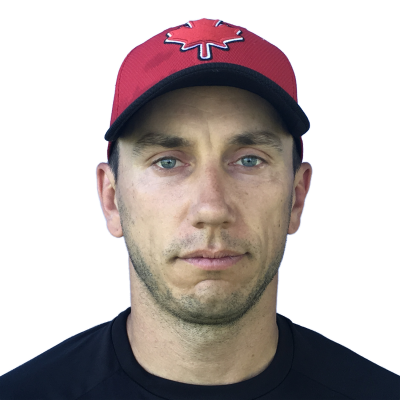 Kris Walushka had a strong showing at the 2014 Men's Canadian Championship where he was one of three players who shared the Top Batter award. That performance led to him being named to Team Canada for the 2014 WBSC Americas Qualifier. In 2015, he was named to the Men's Canadian Championship All-Star Team, and he went on to represent Canada at the 2017 WBSC Men's Softball World Championship, hitting .294 with five hits, two runs batted in and five runs scored.

Walushka kept up with his strong play at the 2018 Men's Canadian Championship, as he was named Top Batter and to the tournament All-Star team, helping the Sooke Loggers to a Silver medal. At the 2019 Kelowna May Days Tournament, he hit .500 (4-for-8) with four RBIs and five runs scored.

Kris strongly believes in playing the game the right way, not worrying what the other teams are doing but working hard to do whatever he can to help his team win. In his spare time, he coaches high school volleyball, basketball and girl's softball.