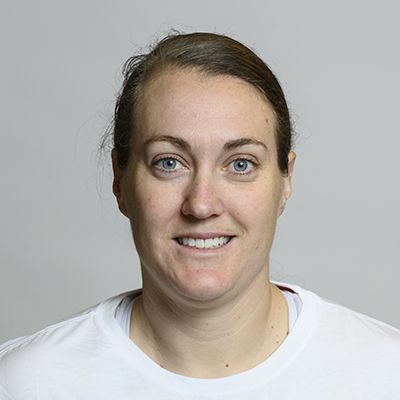 One of the longest tenured players on the Women’s National Team, Kaleigh Rafter has been part of Team Canada since 2007. Since competing at the Beijing 2008 Olympic Games, the Guelph, Ontario native has amassed an impressive international resume. At the WBSC Women’s Softball World Championship she has competed for Canada in every event since 2010, and was part of bronze medal winning teams in 2010, 2016 and 2018. She has also competed in the last four Pan American Games, taking home Silver medals in 2007, 2011 and 2019 and Gold at the 2015 competition in Toronto.

Rafter began her collegiate playing career at Detroit Mercy in 2006. Through her three-year career with the Titans, she was twice named Horizon League Player of the Year and an All-Region selection by the National Fastpitch Coaches Association (NFCA). Following her junior season at Detroit, Rafter sat out the season to compete with the National Team in 2008. Following the 2008 Olympics, Rafter finished her collegiate playing career at Florida State where she helped lead the Seminoles to a 44-16 record and an NCAA Regional appearance. Rafter holds both a Bachelor’s of Science in Criminology and Master’s Degrees in Criminology and Sports Management from Florida State University.

Rafter played two seasons professionally for Honda in the Japanese Professional Softball League, and played with the Canadian Wild of Southern Illinois in the National Pro Fastpitch (NPF) League in 2019 where she appeared in 19 games while rehabbing an injury. She was a key contributor both behind and at the plate at the 2019 WBSC Americas Qualifier, hitting .462 with 3 homeruns and 9 RBIs and delivering the walk-off home run in an Olympic berth clinching moment as Canada earned its spot for the Tokyo 2020 Olympic Games.

Rafter was an assistant coach with the University of Virginia softball team from 2016-2019, and is currently a volunteer assistant coach at Florida State University. She was recently named head coach of the Canadian Women's National Team.

In 2021, Rafter was a key part of Canada's Olympic bronze medal win at Tokyo 2020, playing in every game to help lead the red and white to its first-ever Olympic medal.

What Minor Softball Association did you grow up playing in? Guelph Gators, Brampton Blazers
What’s your favourite food? Rice
What’s your favourite book? Non-Fiction: Man’s search for Meaning by Viktor Frankl. Fiction: Cutting for Stone by Abraham Verghese
What’s the best movie you’ve ever watched? Shawshank Redemption
What’s your favourite place that softball has taken you? Australia and Rio De Janerio
What are your future aspirations? Continue in the game of softball either coaching or in administration.
If you could spend an hour with anyone in the world, living or dead, who would it be? Geno Auriemma.  Think he will go down as one of the greatest coaches and motivators of all time.