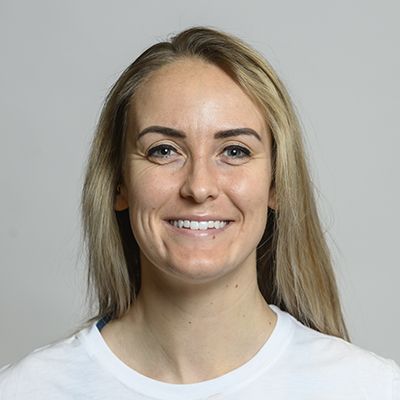 Born in Saskatoon, Saskatchewan, Jennifer Gilbert has been part of the National Team program for twelve years, starting with the Women’s U16 National Team in 2009. In 2010 and 2011, she competed as part of the Junior Women’s National Team and helped lead Team Canada to a fifth-place showing at the WBSC Junior Women's World Championship in Cape Town, South Africa. In 2012, she made the jump to the Women's National Team, and competed in her first of three World Championships in Whitehorse, Yukon. She was also part of Team Canada at the Worlds in 2014 and 2018, taking home bronze in 2018. Gilbert was one of Canada's top hitters at the 2019 Pan American Games in Lima, Peru, maintaining a .429 batting average and tying for the team lead with 2 homeruns and 5 runs batted in as Canada captured the Silver medal. She followed that up with by driving in 9 runs at the 2019 WBSC Americas Qualifier, helping Canada qualify for the Tokyo 2020 Olympic Games.

Gilbert competed for the Ball State Cardinals from 2011-2014 while earning a Bachelor’s Degree in Exercise Science. While at Ball State, she helped guide the Cardinals to three MAC (Mid-American Conference) Regular Season Championships (2012, 2013 & 2014). She holds nearly all of Ball State’s single season offensive records and is at or near the top in every career category. After her undergraduate playing career, she earned a Master’s Degree in Athletic Coaching from Ball State as well.

Gilbert was the 10th overall selection in the 2014 National Pro Fastpitch draft by the Akron Racers. She played parts of four seasons for the Racers, finishing her career with Akron with 114 games played with a .227 batting average, .316 OBP along with 66 hits including 11 doubles, 3 triples and 17 home runs. Along with her fellow Canadian Women's National Team teammates, she competed in the NPF again in 2019 with the Canadian Wild of Southern Illinois and led the team with 6 homeruns and 27 RBIs, earning All-NPF Team honours.

In 2021, Gilbert represented Canada at the Tokyo 2020 Olympic Games, helping the red and white to its historic first Olympic bronze medal.

What Minor Softball Association did you grow up playing in? Texas Glory, Avengers
What’s your favourite food? Fish or shrimp tacos
What’s your favourite book? What on Earth Am I Here For? By Rick Warren
What’s the best movie you’ve ever watched? Remember the Titans
What’s your pre-game ritual? Listen to music
What’s your favourite place that softball has taken you? South Africa and the Netherlands
What are your future aspirations? Win a gold medal at the 2020 Olympics in Tokyo, own my own business.
If you could spend an hour with anyone in the world, living or dead, who would it be? My great grandpa or Rick Warren