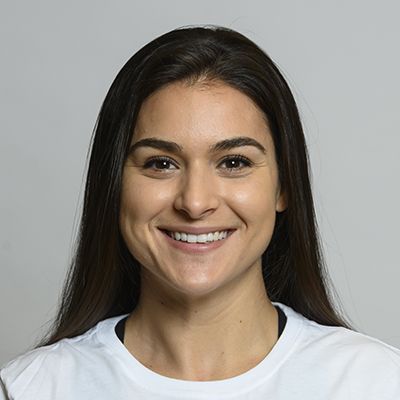 A member of the Canadian National Team program for 13 years, Jenna Caira made her debut with the Junior Women's National Team in 2007 at the WBSC Junior Women’s World Championship. In 2009, she made the jump to the Women's National Team and has been a core piece of the team ever since. She’s been in the pitcher's circle for Canada in four World Championships, winning bronze in her first appearance in 2010 as well as 2018. At the Pan American Games she took home Silver in 2011 and 2019, and at the 2015 event, she helped Canada to its first Gold medal since 1983. She helped Canada qualify for the Tokyo 2020 Olympic Games by going 2-0 with an 0.00 ERA, allowing only three hits and striking out 13 batters in 8.2 innings pitched at the 2019 WBSC Americas Qualifier.

Caira was a standout pitcher for four seasons at Syracuse University, and finished her collegiate career with the Orange as the all-time leader in wins (97), appearances (167), games started (141), complete games (82), shutouts (28), innings pitched (887.0), strikeouts (1,051), strikeouts per seven innings (8.23), most saves (7), lowest ERA (1.87) lowest opponent batting average (.190) and she was the first player in Big East conference history to amass 1,000 career strikeouts. Caira competed in the National Pro Fastpitch (NPF) League in 2019 with her Canadian teammates as a member of the Canadian Wild of Southern Illinois, authoring a 6-6 record with 1 save, a 1.67 ERA and 47 strikeouts in 71.1 innings pitched.

Caira capped off her outstanding career by winning the bronze medal at the Tokyo 2020 Olympic Games, appearing in five games and allowing two earned runs over 11.1 innings (1.24 ERA) with six strikeouts.

What Minor Softball Association did you grow up playing in? Markham Jaguars
What is your university degree and where did you play softball? Bachelor of Science in Education, Syracuse University. And I have a Post-Grad diploma in Public Relations/Communications, Seneca at York
What’s your favourite food? Pizza- thin or thick crust! Doesn’t matter!
What’s your favourite book? The entire Harry Potter series
What’s the best movie you’ve ever watched? A League or their Own
What’s your pre-game ritual? Hip and t-spine stretching!
What’s your favourite place that softball has taken you, and why? Every place has been unique, but I really enjoyed Netherlands
What are your future aspirations? Win Gold at the Olympics, and then afterwards find ways to positively impact kids’ lives through sport/active living
If you could spend an hour with anyone in the world, living or dead, who would it be and why? My grandparents. I’d spend the time listening to their stories and then dance to Macedonian music while having my grandmother lead the way!