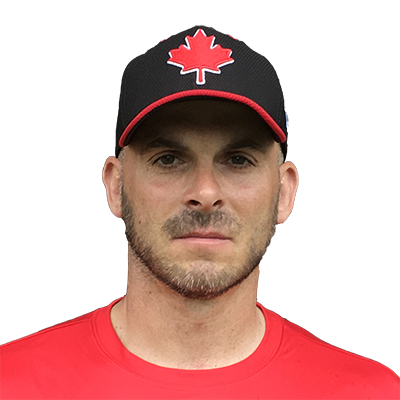 Jeff Ellsworth is a veteran leader for Team Canada and one of the country's longest serving players. He first competed for Canada at the 2006 WBSC Americas Qualifier, finishing with a Silver medal. After competing in an International Test Series against New Zealand in 2007 and the 2008 Tri-Nations Cup in Saskatoon, Ellsworth made his first of three WBSC World Championship appearances in 2009, helping Canada to a Bronze medal finish. He got his first taste of international Gold at the 2012 WBSC Americas Qualifier and also represented Canada at the same event in 2014. He had his best season in 2015 by leading Canada two a pair of Gold medals, hitting .462 with three homeruns and 11 runs batted in at the Worlds, and adding two homeruns and five RBIs while hitting .400 at the Pan Am Games.

In his spare time, Jeff likes to coach, fish, hunt and play poker.