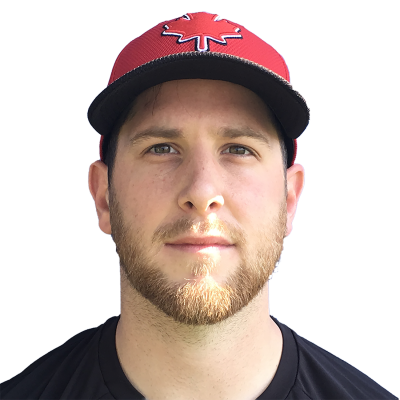 Jason Hill has been a member of the Men’s National Team program since playing for Team Canada at the 2008 Three Nations Cup in Saskatoon. A utility player who can contribute in the pitcher's circle, in the outfield, at first base or as a big bat off the bench, he won Gold at the 2012 WBSC Americas Qualifier, the 2015 WBSC Men's World Championship and the 2015 Pan American Games. Jason has also represented Canada at two other WBSC Americas Qualifiers (2014 and 2017) and one other World Championship (2013).

In his spare time, Jason enjoys golfing, training as much as possible and playing hockey. His philosophy is that if you love the game, the game will love you back, and he aspires to win another WBSC World Championship.