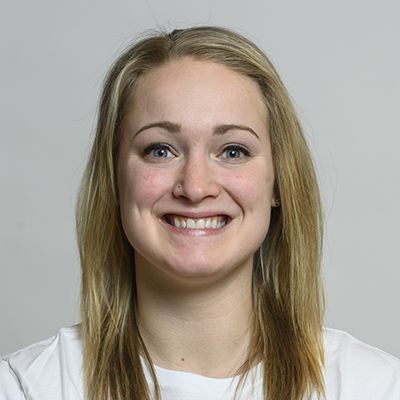 Born and raised in Surrey, B.C., Holly Speers made her debut with the Women’s National Team in 2018, appearing in the World Cup of Softball in Oklahoma City, the Canada Cup in Surrey and as part of the Bronze medal winning squad at the WBSC Women’s Softball World Championship in Chiba, Japan. She has also competed for Canada at the junior level as the youngest member of the Canadian Junior National Team that placed 5th at the 2013 WBSC Junior Women’s World Championship in Brampton, Ontario. In 2019, she hit .292 with 2 doubles and tied for the team lead with 2 home runs and 5 runs batted in as Canada won the Silver medal at the Pan American Games, and carried her strong play to the WBSC Americas Qualifier by hitting .450 with 6 runs batted in and 9 runs scored to help Canada qualify for the Tokyo 2020 Olympic Games.

Speers holds a Bachelor’s Degree in Business Administration from Kent State University where she was a member of the Golden Flashes for four years from 2015-2018. Speers finished her time at Kent State sitting at or near the top of most hitting records for the school. In her senior year, she led the country in batting average (.483), slugging percentage (1.033), on-base percentage (.656), walks (60) and walks per game (1.20) while setting single-season records in the Mid-American Conference (MAC) for batting average (.483), slugging percentage (1.042), walks (60) and on-base percentage (.656). In addition to breaking MAC single-season records that year, she also put herself atop Kent State’s single-season records in RBIs (58) and total bases (124). Speers reached base in 48 of 50 games played during the season, and put together a streak of reaching base safely in 13 straight plate appearances, which included walks in nine straight plate appearances. She also holds an NCAA record by hitting 5 home runs in 5 consecutive at-bats, a feat she accomplished in her sophomore season in 2016.

In 2019, Speers played with the Canadian Wild of Southern Illinois in the National Pro Faspitch (NPF) League, hitting 4 home runs and driving in 25 runs in 34 games.

What Minor Softball Association did you grow up playing in? Cloverdale Minor Softball Association
What’s your favourite food? Tacos
What’s your favourite book? When Breathe Becomes Air by Paul Kalanithi
What’s the best movie you’ve ever watched? How to Lose a Guy 10 Days. Such a classic!
What’s your pre-game ritual? Drinking at least one coffee (preferably Starbucks) and listening to some tunes.
What’s your favourite place that softball has taken you, and why? Japan. The culture alone was a whole new experience. I’m really excited to visit there again.
What are your future aspirations? When my softball career is complete, I want to go into business consulting.
If you could spend an hour with anyone in the world, living or dead, who would it be and why? I would want to meet my grandpa on my mom’s side. She talks so highly of him and he sounds like an amazing man. I would love to sit and listen to the stories he would have to share.