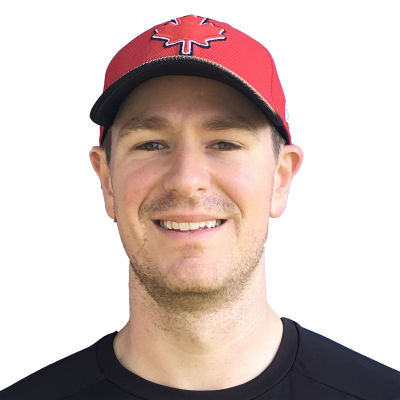 Derek Mayson was one of the youngest players to ever make the Men's National Team, representing Canada for the first time at the 2006 WBSC Americas Qualifier at the age of 22 years old. Prior to that, he played for Team BC at the 2001 Canada Summer Games and was named Top Pitcher at the 2003 U19 Men's Canadian Championship, where his team won Silver. In 2005, he won a Bronze medal and was named Top Batter of the U23 Men's Canadian Championship, and he was named to the tournament All-Star team the following year. Mayson was a key member of the Vancouver Grey Sox who won Gold at the 2007 Men's Canadian Championship under head coach John Stuart, earning a spot on the All-Star team and being named Most Valuable Player of the Qualifying round. He went on to win that same award in 2018 as a member of the Sooke Loggers, earning a Silver medal.

At the National Team level, Mayson won Silver at the 2006 WBSC Americas Qualifier and Bronze at the same event in 2014. He has represented Canada at three WBSC Men's Softball World Championships, earning Bronze medals in 2009 and 2017, and capturing Gold in 2015. In those three World Championships, he has maintained a .343 average with five home runs, 12 runs batted in and 23 runs scored. He added a Gold medal at the 2015 Pan American Games, where he hit .583 with three RBIs.

In his spare time, Derek likes to spend time with family, attend comedy shows and meditate.