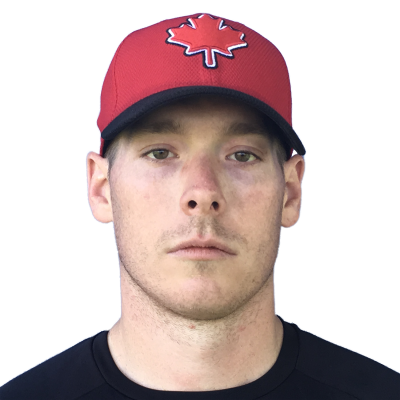 Blake Hunter represented Team BC at the 2005 Canada Summer Games and earned a Silver medal as a part of that team. A longtime member of the Sooke Loggers club team, Hunter was named to three Canadian Championship All-Star teams at the U23 Men's (2010) and Men's (2014 and 2017) categories. Hunter was added to the Men's National Team Athlete Pool in 2013 and made his Team Canada debut at the 2017 WBSC Men's Softball World Championship, hitting .278 with two homeruns and seven runs batted in as Canada won the Bronze medal on home soil in Whitehorse.

Hunter also played very well in lead up tournaments for Team Canada, leading the team with a .588 average, four homeruns and 11 RBIs at the 2017 Bob Law Memorial Challenge and going .600 with a homerun at the 2019 Kelowna May Days Tournament.

His goals at the National Team level are to help Team Canada win multiple Pan American and World Championships. In his spare time he likes to play other sports such as hockey, football, basketball and volleyball, and fish. He enjoys working out and loves being a volunteer firefighter.