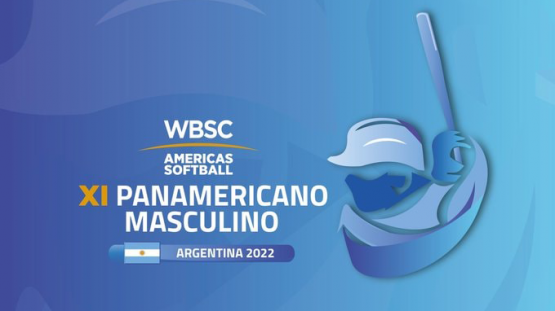 Parana, Argentina – The Canadian Men’s National Team remained undefeated with two Super Round wins at the XI Pan American Championship, defeating Guatemala 1-0 followed by an 8-1 victory over Venezuela in six innings. The two wins improved Canada’s Super Round record to 4-0 with one game remaining against Cuba on Friday.

McCullough struck out the side again the following inning, with Canada drawing two more walks but was unable to score. A leadoff double in the fourth put a runner in scoring position for Guatemala, but a bunt attempt was popped out followed by a ground out to third and a strikeout as McCullough was able to keep the runner from scoring.

Segura struggled with illegal pitches and issued 10 walks throughout the game but held Canada without a hit until Mathieu Roy (St-Gervais, Que.) lined a single over the shortstop in the bottom of the sixth. On Canada’s side, McCullough continued to cruise and struck out all six batters he faced over the last two innings to seal the shutout win.

McCullough struck out a huge total of 18 batters, allowing only two hits and one walk in the complete game shutout, while Segura allowed one run on one hit and ten walks with 14 strikeouts.

Against Venezuela, Canada jumped out to an early 3-0 lead in the bottom of the second. Jason Hill (St. John’s, N.L.) led off with a single, moved up to second when a sacrifice bunt by Cory Jones (Leduc, Alta.) was thrown into center by the catcher and scored on a fielding error by the shortstop on the next play to open the scoring. A single to right by Boland scored Jones, with Derek Mayson (North Vancouver, B.C.) crossing the plate from third on a double play on a ground ball to the shortstop.

The following inning, Colin Walsh (Petty Harbour, N.L.) reached on a fielder’s choice and raced around the bases to score from first when Hill hit a soft liner over the second baseman for a single. A walk by Jones moved Hill up to second, followed up by a single to center by Mayson to score Hill giving Canada a 5-0 lead. In the bottom if the fourth, Roy drew a two-out walk followed by a hit by pitch to Ezekiel before Walsh lined a shot over the right fielder for a two-run double.

Venezuela finally got something going against Canadian pitcher Sean Cleary (Harbour Main, N.L.) in the top of the fifth, starting the inning with three straight singles to load the bases before scoring a run on a sacrifice fly to extend the game. Cleary was able to get out of the inning with a strikeout leaving two runners stranded and the score 7-1. In the bottom of the sixth, Justin Laskowski (Warman, Sask.) and Roy started the inning with back-to-back singles followed by an intentional walk to Ezekiel and a bases-loaded walk drawn by Patrick Burns (Saskatoon, Sask.) for the run-rule win.

Cleary held Venezuela to one run on four hits and one walk while striking out 12 batters over six innings. Hill and Boland each singled twice and drove in a run, with Walsh adding a two-run double and Mayson contributing an RBI single. Roy, Jones and Laskowski each chipped in with a hit.

Earlier in the day, the United States (1-2) defeated Venezuela (1-3) in Super Round action. Other scheduled games on Thursday include Argentina (1-1) taking on Guatemala (0-3) at 5:00pm EDT followed by Cuba (2-0) at 8:00pm EDT. Canada’s final Super Round game against Cuba is scheduled for 5:00pm EDT on Friday.