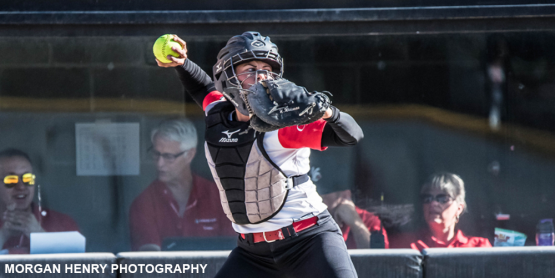 Surrey, B.C. – The Women’s National Softball Team advanced to the Gold medal game with a 7-2 win over New Zealand at the Canada Cup on Saturday night. Earlier in the afternoon, Canada Elite dropped a tight 1-0 loss in eight innings to the Czech Republic to end their tournament.

After handing Triple Crown Colorado its first loss of the tournament on Friday night, New Zealand earned the matchup with Canada in the playoff game between the last two teams with two lives. Both teams were retired in order in the first inning, while Canada got a single by Kelsey Jenkins (Delta, B.C.) to start the second but New Zealand later turned a double play on a line drive to first base to end the threat. In the bottom of the frame, New Zealand opened the scoring with a solo homerun. In the top of the fourth, Canada got things going offensively as Jenkins led off with a double, was sacrificed to third and after a walk put runner on the corners, she scored on a single by Janet Leung (Mississauga, Ont.). Larissa Franklin (Maple Ridge, B.C.) followed with a two-run triple and scored on a ground out to give Canada a 4-1 lead.

New Zealand got another solo homerun in the bottom of the fourth and put two more runners on base in the inning, but Canada was able to get out of the inning without allowing any more runs. In the bottom of the sixth, New Zealand got a leadoff single and the runner stole second, followed by a single to left with Jenny Gilbert (Saskatoon, Sask.) making a perfect throw to the plate to retire the runner and keep the 4-2 lead for Canada. In the top of the seventh, Victoria Hayward (Toronto, Ont.) drew a leadoff walk and scored on a double to center by pinch-hitter Nicole Schroeder (Yorba Linda, Calif.), with Holly Speers (Surrey, B.C.) later hitting a two-run homerun. New Zealand loaded the bases in the bottom of the seventh with a single and two walks, but Danielle Lawrie (Langley, B.C.) got a key strikeout for the second out and the following batter hit a flare that was caught low by a sliding Leung at shortstop to end the game.

Jenna Caira (Toronto, Ont.) started the game for Team Canada and picked up the win, allowing two runs on three hits and struck out three batters in three innings and two thirds. Lawrie pitched three innings and a third of relief, allowing three hits and striking out six. Speers hit her fifth homerun of the tournament and drove in two runs with Franklin adding her third triple that also brought two runs in to score. Jenkins had a double and a single while Leung had a pair of singles and Schroeder contributed a double. Hayward, Salling and Gilbert all registered singles.

The game between Canada Elite and the Czech Republic ended up being a fantastic pitching duel between Kenzie Friesen (Saskatoon, Sask.) and Veronika Peckova. Both pitchers sat the opposing hitters down in order in the first before the Cech Republic registered the first hit of the game with a leadoff single in the bottom of the second. However, a sacrifice bunt and a pair of ground outs kept the runner from scoring. The Czech Republic got a one-out walk in the third, but that runner was erased on a double play. In the top of the fourth, Erika Polidori (Brantford, Ont.) got Canada’s only hit of the game with a two-out double, but after a walk put another runner on base, the following batter grounded out to second. Friesen hit a batter with one out in the bottom of the inning, but Canada Elite got another double play on a ground ball to second base.

Both teams were retired in order in the fifth and sixth innings, with Canada Elite getting a baserunner with a one-out walk in the top of the seventh but couldn’t advance her any further. Friesen retired the Czech Republic in order in the bottom of the seventh to send the game to an extra inning. With a runner starting on second base for the international tie-breaker rule, Canada Elite was unable to score after a ground out and two strikeouts. In the bottom of the inning, the Czech Republic got a single to put runners on the corners and the next batter popped out to first with a throwing error allowing the winning run to score on the play.

Friesen pitched seven strong innings for Canada Elite, allowing only two hits and a walk with one strikeout, while Savanna Copeland (Fishers, Ind.) took the tough loss by pitching the eighth and allowing one unearned run and one hit. Polidori’s double was Canada Elite’s only hit, while Grace Messmer (Surrey, B.C.) drew two walks.

Team Canada has advanced to Sunday’s Gold medal game at 6:00pm PDT. All Canada Cup Women’s International Division games on Diamond 1 can be seen live at cbc.ca/sports and on the CBC Sports app.
Share: