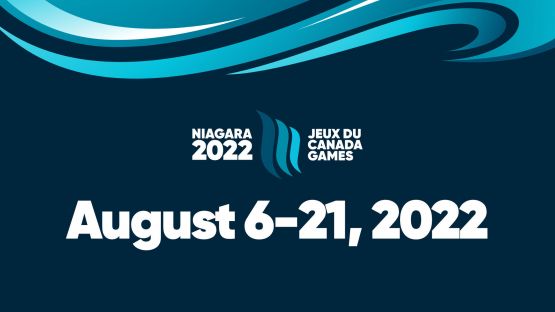 The preliminary round games concluded on Day 3 at Southward Park with a pair of three-way ties for first place in each of the two pools, setting up some excellent matchups for the first day of playoff action on Wednesday.

Manitoba jumped out to a quick lead by starting the top of the first with singles by Abbi Conrad and Janique Balcaen followed by an RBI ground out and a sacrifice fly. PEI responded right away in the bottom of the first when Belle Ashley led off with a double and later scored on a single by Ally Hustler. A run-scoring single by Annabeth Carlberg put Manitoba up 3-1 in the second, and they added two more runs in the fourth when Janaya Watt tripled and scored on a single by Conrad, who later scored on an error. Carlberg hit another RBI single in the fifth with Danika Nell adding a two-run single to right later followed by a two-run single by Lindsey Gundrum. Alexa Guilford picked up her second win in the pitcher’s circle.

Coming off an emotional win on Monday night, Quebec picked up where they left off on Tuesday morning by opening the scoring on three consecutive singles by Valerie Sigouin, Naomi Pelletier and Emily Meloche. The next inning, Naomi Cohen hit a run-scoring single followed by a two-run triple to right by Sigouin, who crossed the plate on a ground out for the 5-0 lead. Quebec proceeded to load the bases in the bottom of the fourth and scored two runs on a single by Alexia Chevrier to earn the run rule win. Jessica Mallette earned the shutout win for Quebec, while Kate Parker took the loss. Abby Randell singled twice for New Brunswick with Sami Tonge adding a single of her own.

Saskatchewan forced a three-way tie for first with a tidy 2-0 win over British Columbia in a fantastic pitching matchup between Saskatchewan’s Jorde Chartrand and Team BC’s Morgan Reimer. Saskatchewan scored their first run in the bottom of the first inning when Makena Simmons walked, was sacrificed to second and scored after a pair of illegal pitches. The score remained the same until Saskatchewan added an insurance run in the bottom of the sixth with Olivia Woytiuk driving a run with a single for Saskatchewan’s only hit of the game. Team BC managed three hits off Chartrand, including a double by Madelyn McKinnon, but was unable to bring anyone in to score as Chartrand earned the shutout victory, striking out eight batters. Reimer struck out nine over six innings.

PEI picked up its first win of the tournament in a close ball game. The game was scoreless through three innings before PEI opened the scoring in the top of the fourth when Ally Hustler led off with a single, stole second, advanced to third by tagging up on a fly out to right and scoring on a wild pitch. The following inning, PEI took advantage of a walk and two errors to load the bases before Marley Gaudet singled to center to add a run. Team PEI loaded the bases again in the top of the seventh before scoring their third run on a hit by pitch. Hustler singled twice and Kate Doyle added a double for PEI, while Kaiti Ellsworth singled twice for Nova Scotia. Andrea Caron earned the shutout win with Temma Parson being saddled with the loss.

Quebec opened the scoring with four runs in the first on an RBI double by Naomi Pelletier, another on a single by Annabelle Guay and two more on errors. Newfoundland & Labrador got on the board in the bottom of the inning when Shilo Chislett led off with a triple and scored on a ground out. Two more Newfoundland errors led to two runs scoring in the second, with Emily Meloche and Lea Frechette each adding RBI singled followed by a two-run double by Guay to make the score 9-1. Bonnie Zachary doubled and scored on a ground out for Quebec in the third, while a run-scoring error and a two-run single by Meloche in the bottom of the fifth rounded out the scoring. Jessica Mallette earned the win with Jordyn Rose getting tagged with the loss.

Ontario forced a three-way tie for first with an offensive explosion over Alberta. Michaela Tuck and Kaitlyn Kim hit back-to-back doubles to open the scoring, with Kim crossing the plate on a single to third by Deanna Grahek. The next inning, Ontario put two runners on base before Katina Duscio hit a three-run homerun to right, and later added another run on a wild pitch to take an early 6-0 lead. In the fourth, Duscio doubled and scored on a single by Kim before Sierra Baltzer hit a two-run shot to right. Alberta got a rally going in the bottom of the inning, starting out with a single and a double before Avery Terpsma hit an RBI single to center, later followed by an RBI groundout, a run-scoring single by Taylor Farrer and a double by Gabriela Coderre to make the score 9-4. Ontario proceeded to load the bases and added two runs on a single by Kim, then got a two-run triple by Kait Achtermaier. Paige Simpson led off the bottom of the fifth with a double and scored on a single by Katelyn Jeglum, but that was as close as they would get.

In Pool A, British Columbia (3-1) finished first place on the tiebreaker due to having the least amount of runs scored against (2) in the games between the tied teams, while Manitoba (3-1) took second place based on their head-to-head win over Saskatchewan (3-1). Prince Edward Island (1-3) finished fourth and Nova Scotia (0-4) fifth.

In Pool B, Quebec (3-1) took top spot on the tiebreaker for allowing the least amount of runs scored against (8), followed by Ontario (3-1) who defeated Alberta (3-1) in their head-to-head matchup. New Brunswick (1-3) took fourth place followed by Newfoundland & Labrador (0-4) in fifth.

Playoff matchups on Wednesday will be: