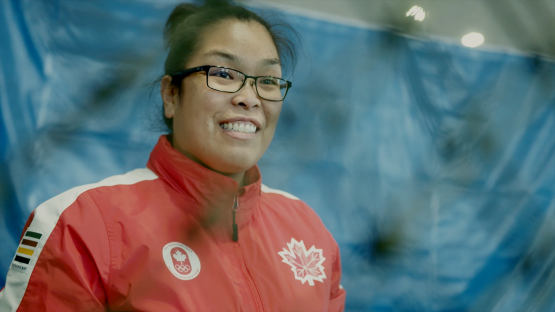 2 February 2022 Gilles LeBlanc Women's National Team
Ottawa, Ont. – Long-time assistant coach and manager Melissa Basilio (Oshawa, Ont.) has stepped away from her involvement with the Women’s National Team program to pursue new career opportunities. With additional funding provided by the Canadian Olympic Committee following the announcement of softball’s return to the Olympic Games programme, Softball Canada hired Basilio in a full-time position in 2017 and she wrapped up her involvement at the end of January.

“What a privilege it has been to be on this incredible journey with Softball Canada” said Melissa Basilio. “I will forever be grateful for the opportunity to work with some of the most knowledgeable and talented athletes and coaches in our sport. I appreciate the trust that former head coach Mark Smith, CEO Hugh Mitchener and the Board of Directors had given me to help lead our program over the last twelve years. My heart is just filled with so much pride and gratitude. I can’t wait to see what’s next for our Women’s National Team program. It’s in amazing hands!”

Basilio played NCAA softball at the University of Delaware before taking a coaching position at Winthrop University from 2005 to 2010. She was added to the Canadian Junior Women’s National Team coaching staff in 2007 and served as head coach of the team at the 2013 and 2015 WBSC World Cups. She had been an assistant coach with the Women’s National Team since 2009, helping to lead the team at five World Cups, three Pan American Games and multiple annual and qualifying tournaments, culminating with a bronze medal performance at the Tokyo 2020 Olympic Games held in 2021.
In addition to her coaching duties, Basilio’ administrative responsibilities included coordinating Women’s National Team and Junior Women’s National Team evaluation, selection, and development camps; handling logistics related to travel, accommodations and meals; equipment and apparel orders; and preparing high-performance program presentations. In recent months, she had been actively working on preparations for the U18 Women’s and Women’s National Team programs.

“Mel Basilio has been a huge part of the culture of our Women’s National Team program, and we thank her for her years of dedication to Softball Canada” stated Softball Canada CEO Hugh Mitchener. “She developed exceptionally strong coaching connections with our athletes over the last 15 years, while also handling key administrative duties. Mel did an excellent job ensuring the needs of our team always were met and helped lead them to the highest level of our sport, culminating with a historic bronze medal at the Tokyo 2020 Olympic Games. We wish her the very best in her future endeavours and we know she’ll always be following our teams.

Kaleigh Rafter (Guelph, Ont.) was named head coach of the Women’s National Team program in October following the retirement of Mark Smith (Falmouth, N.S.) and the remainder of the coaching staff was named in in November. With Basilio’s departure, Softball Canada has contracted Alison Bradley (Pinkerton, Ont.) to handle administrative duties on a part-time basis.

The Canadian Women’s National Team is currently slated to compete at the Canada Cup in Surrey, B.C. (June 20-26), the World Cup/World Games in Birmingham, Alabama (July 9-13) and the WBSC Americas Pan American Championship (dates and location to be determined) in 2022. Open identification camps are expected to be held in British Columbia, Saskatchewan and Ontario in May/June, 2022, followed by a final selection camp in June.
Share: