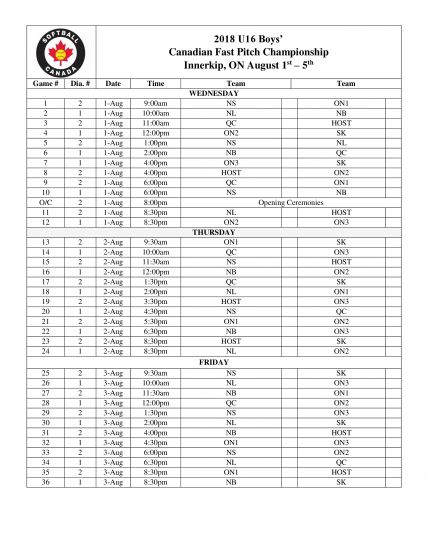 The 2018 U16 Boys Canadian Fastpitch Championship Host Committee are excited to release today the full and complete schedule for the upcoming championship.

The championship gets underway August 1st with games getting underway @ 9:00am with the Opening Ceremonies scheduled for 8:00pm Wednesday night.

Festivities get underway July 31st with the Championship banquet which will give fans a first look at the participating teams .  A special Keynote Speaker is booked and will share their story in fastball.

Round Robin games will run from August 1st to August 3rd in RR play, Championship Round Playoffs get underway on Saturday August 4th with medal games scheduled for August 5th.

The Host Team - Innerkip JR Eagles are primed and ready to play Host for the weeks competition.  Head Coach Peter VanBoekel says " This has been 2 years in the making & the boys are chomping at the bit to get after it" 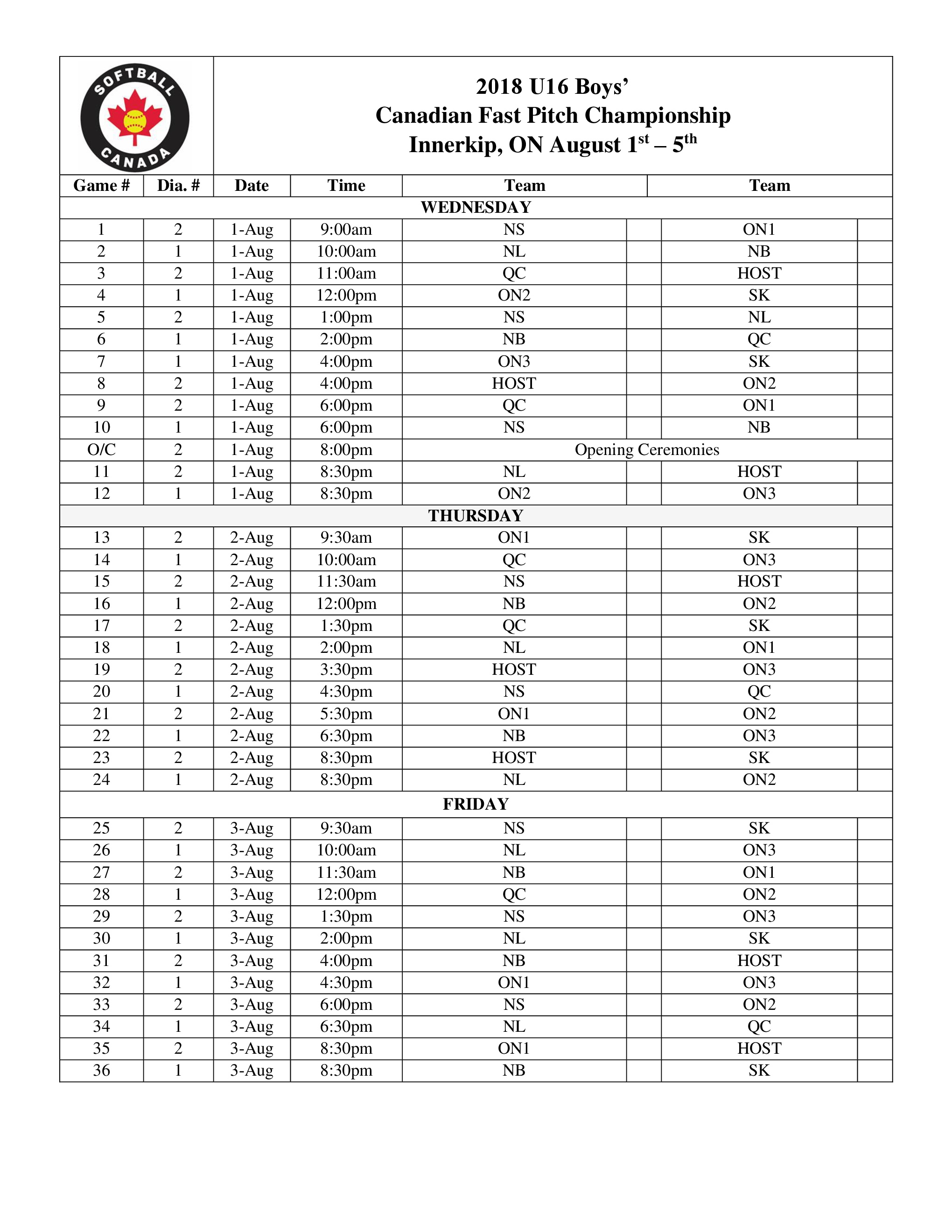 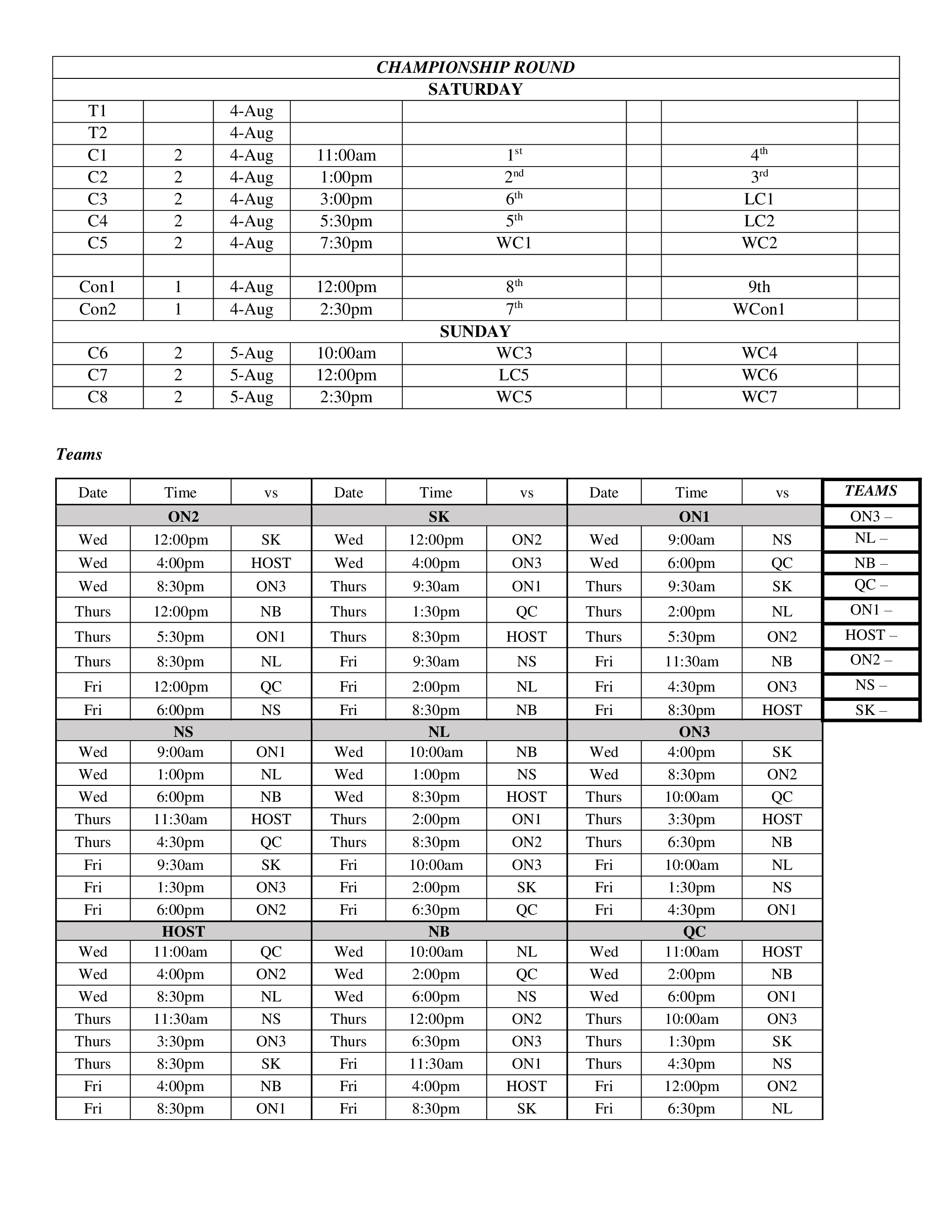