Daytona Beach, Fla. – The Canadian Wild of Southern Illinois will open their inaugural season in the National Pro Fastpitch (NPF) League tonight with the first game of a five-game series against the Beijing Shougang Eagles in Daytona Beach, Fla. with a start time at 6:30pm EDT.

The Canadian Wild of Southern Illinois features the playing roster and coaching staff from Canada’s Women’s National Softball Team as they prepare for the Pan American Games and the WBSC Americas Qualifier, a Qualification Event for the Games of the XXXII Olympiad in Tokyo 2020.

“We’re thrilled with the opportunity to compete in the National Pro Fastpitch League and we are eager to get our first taste of professional softball tonight” stated Mark Smith, Softball Canada’s High-Performance Director and Head Coach of the Canadian Wild of Southern Illinois. “Our team has been training extremely hard all winter and has been treated very well since assembling in Marion, Illinois last week. We look forward to playing a full schedule of games and continuing to grow together as a group leading up to the Americas Softball Qualifier later this summer.” 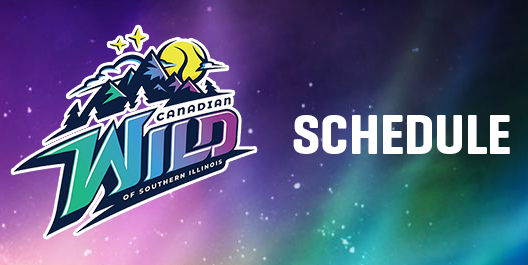 All Canadian Wild games are available through live webstreaming at NPF TV and FloSoftball.com. Fans residing in Canada can access the live webstreaming by going to the league website at http://profastpitch.com, click on the “Watch NPF” link at the top of the page and select “I’m OUTSIDE of the United States”. Fans residing in the United States can watch all NPF games with a FloSoftball subscription.

The Canadian Wild of Southern Illinois will play their home opener against the USSSA Pride on June 6 (7:30pm EDT) at Rent One Park in Marion, Ill.