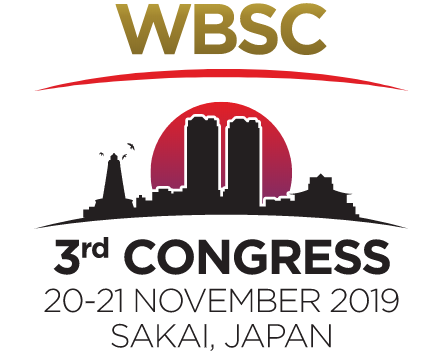 Sakai, Japan – The World Baseball Softball Confederation (WBSC) Congress has concluded with three Canadians being recognized for their softball careers. Former Softball Canada and WBSC Softball President Dale McMann became the first person to be awarded Order of the Golden Diamond, which is presented to persons who have acted in such a way as to develop the ideals of baseball/softball and their outstanding merits in favour of the widening of the horizons and innovation and research within our Sport.

WBSC Statement regarding Dale McMann’s acceptance of the Order of the Golden Diamond:

Dale McMann’s involvement in sport is extensive. He served as president of Softball British Columbia between 1986 and 1990 and Softball Canada from 1990 to 2001. He first joined the International Softball Federation (ISF) in 1993 and served as North American vice-president of the federation until 2009, when he was elected as first vice-president.  Mr. McMann was appointed President of the ISF in 2013 and served from 2013 to 2017 and a was at the helm during the critical years of the merger of baseball and softball along with initiating a strategic planning of new ideas the future of our sport.

Melanie Matthews was one of the Canadian Women’s National Team’s best hitters of all-time with a career that spanned almost a decade at the international level. She competed in a total of three WBSC World Championships (2006, 2010 and 2012), two Pan American Games (2007 and 2011), the 2004 and 2007 Universiades and the Beijing 2008 Olympic Games. In her three WBSC World Championships, she had an eye-popping .460 batting average in 112 plate appearances and maintained a .376 average in 660 plate appearances throughout her nine-year career in the Women’s National Team program.

Kevin Quinn served on Softball Canada’s Board of Directors for 31 years and the last 18 as President before stepping away last week. Throughout his involvement, Kevin has always voiced his  concerns and supported appropriate courses of action to ensure the continuous growth of the sport of softball in Canada. He has been instrumental in the development of many of Softball Canada’s programs and operations and has also been heavily involved at the international level. He has attended several WBSC Congresses, chairing, serving on numerous committees and has been the Technical Director for numerous World Championships. He is also Vice President for WBSC Americas Softball.