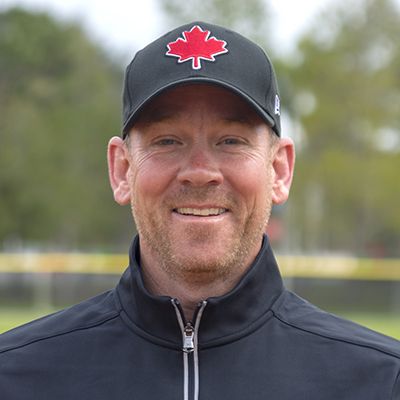 Chris Jones has over thirty years of softball experience as both a player and a coach and has been part National Team Program for four years as a coach and an instructor after being named to the Coaches pool in 2016. He served as an assistant coach of the Canadian Women’s Elite Team in 2018, and was named as an assistant coach for the Women’s National Team for the 2019 Pan American Games and 2019 Softball Americas Qualifier being held in Surrey, British Columbia. He will also coach Team Ontario at the 2021 Canada Games in Niagara, Ontario.

A long-time National Team player himself, Jones wore the maple leaf multiple times between 1993 and 2004 as a starting shortstop for Team Canada. Over that time, he helped Canada win gold medals at the 1995 Pan American Games in Argentina and in Winnipeg in 1999. He was also part of the teams that brought home silver at the 1996 and 2004 Men’s Softball World Championships.

In addition to his National Team experience, the Oshawa, Ontario Native had a long club team career, and from 1991-2006 took home twelve gold, five silver and four bronze medals in various Provincial, National and International Softball Congress events. He was named the Tournament All Star short stop at three Canadian Championships, and made the All World Team as a shortstop in 1995 and 1998.

In 2013 Jones was named to the Oshawa Sports Hall of Fame.